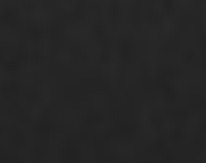 Rope Setter: Sets and holds rope until pull order is given by Judge

A leash no longer than four feet long attached to a buckle type collar is to be used when entering and exiting.  (No quick release, choke/prong collars or flex leads are allowed.)
All dogs must be APDR registered. Dog can be registered the day of the show.
All dogs must be at least nine months of age.
No bitches in heat, pregnant, or lactating will be allowed to pull.
No human aggressive dogs.
No aggressive actions towards dogs.
Barricade and Rope to be certified by the Judge.

Barricade to be minimum of 4 x 4 with mechanism in place so dog is not able to get to reach opponent.

The Judge and/or family members cannot enter or pull a dog in Tug Of War that he/she is judging unless an alternate judge, judges the class.
Pulling area to be roped off a minimum of 10ft on each side.
Surface - any surface selected by the club must be as level as possible. No paved surface unless covered. (Every dog in that division is pulling under the same conditions and surface for that day’s competition.)
Tug and Breaking Stick must be supplied by handler of dog.  Tug must be approved by Judge
Dogs called to be "on deck” are to remain in the holding area until called to pull. If Judge feels handler is holding up competition without reasonable cause they MAY issue a foul at their discretion.
No illegal substances may be used to enhance a dog’s performance.  If the dog appears under the influence, the judge will require a substance test. If found positive, dog and owner/handler will be suspended from competition for a minimum of one (1) year; and can lead up to permanent ban from future events.
No artificial aids may be used on dog’s feet, pulling surface, etc.  Dog’s pads may be cleaned with a dry or "water" damp towel.  No stick-em, wax, etc. allowed on dog's paws.
No leashes are to be attached to dog’s collar while dog is pulling.
A winning pull is when opponents point indicator touches barricade 3 times or continuously touches the barricade for a three (3) count given by judge. If no winner within 5 minutes dog with most points wins.  If no points then a draw is declared.  1 Draw = 1 Alibi. The Judge’s decision is FINAL!
Judge has the authority to remove a dog from competition that they feel is being negatively impacted by the pull/attempted pull.
Tug Of War is a double elimination event. Each dog is allowed one (1) loss prior to elimination on second loss
Intentional touching of the dog or bait/rope after the competition has started is considered a FOUL Two (2) fouls = 1 Loss. Incidental contact which in no way aids the dog in the pull will not be considered a foul (Judge’s discretion).

The Judges decision on a foul is FINAL!

Alibis - Unintentional circumstances that make a dog unable to complete a pull. The judge has the discretion to stop time and instruct the handler to make adjustment.  Examples of circumstances are:  equipment malfunction; outside interference that prevent the dog to complete their pull.  Handler is allowed to advise judge for any possible alibi; Judge has final decision!  If a pull is interrupted by a foul or an alibi, the dog is to be immediately taken back to starting position and pull will begin again.  No pull will be valid unless it is an uninterrupted pull. 2 alibis = 1 foul.
Dogs will pull in order from lightest to heaviest with dogs closest in weight paired.
Judge determines all pairings of pullers in each class, participants are never allowed to call any pairings
Dog must win one round to be in contention for awards. No dog will be asked to pull without a 5 minute rest period.
Two handlers will be allowed in the pull area.
In the event that a dog is needed in another event or a handler has two dogs pulling back to back; the order may be shuffled to avoid delays as much as possible.

Two Officials must be present at time of weigh in. ( ie Judge and Club Officer)
Dogs will be weighed the day of the event. If there are two days of competition the weight will be carried over to the second day’s events.
No double classing allowed. Handlers of Dogs falling on class lines must choose at time of weigh in which class they will compete in.
Weigh in times will be posted and open one hour prior to start of competition or when Judge designates.

Divisions (Only Compete with each other)

Ribbon awards will be determined by the 2nd  to last, 1st to last, and last dog not eliminated. In each class, males & females will receive a 1st, 2nd, & 3rd place ribbon award. There will be three Trophy awards given. These will be awarded for the Day’s most tenacious dog in their respective divisions; Light Weight, Middle Weight, and Heavy Weight by averaging the duration of the pulls of 1st place dogs in their classes with fastest average time awarded the trophy. Sex of Dog is not a factor.

Trophy Award = 1 point per dog in division, maximum of 15 points